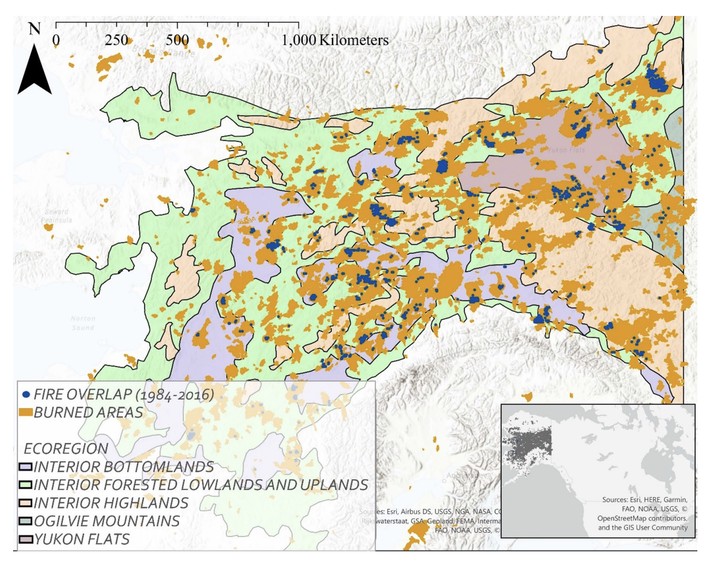 Climate drivers are increasingly creating conditions conducive to higher frequency fires. In the coniferous boreal forest, the world’s largest terrestrial biome, fires are historically common but relatively infrequent. Post-fire, regenerating forests are generally resistant to burning (strong fire self-regulation), favoring millennial coniferous resilience. However, short intervals between fires are associated with rapid, threshold-like losses of resilience and changes to broadleaf or shrub communities, impacting carbon content, habitat, and other ecosystem services. Fires burning the same location 2+ times comprise approximately 4% of all Alaskan boreal fire events since 1984, and the fraction of short-interval events (<20 years between fires) is increasing with time. While there is strong resistance to burning for the first decade after a fire, from 10 to 20 years post-fire resistance appears to decline. Reburning is biased towards coniferous forests and in areas with seasonally variable precipitation, and that proportion appears to be increasing with time, suggesting continued forest shifts as changing climatic drivers overwhelm the resistance of early postfire landscapes to reburning. As area burned in large fire years of~15 years ago begin to mature, there is potential for more widespread shifts, which should be evaluated closely to understand finer grained patterns within this regional trend.