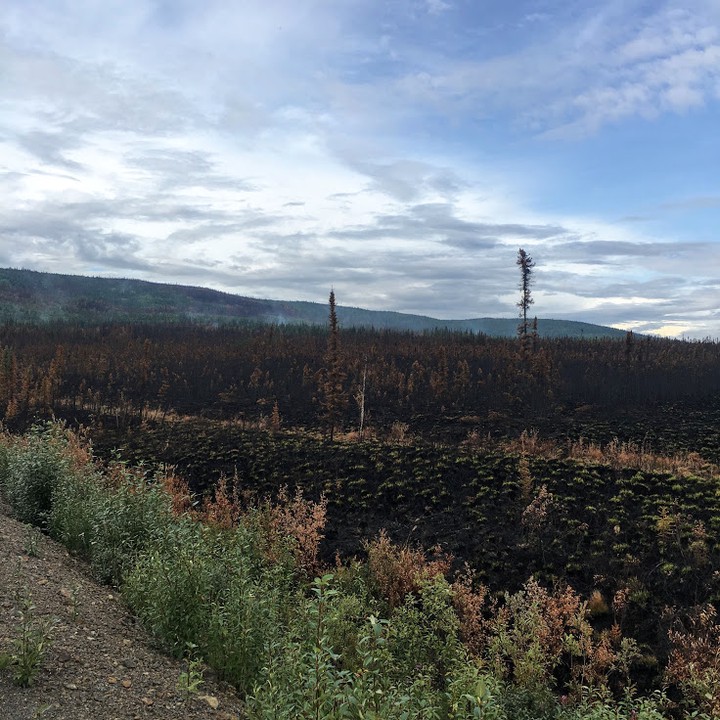 Increasing short-interval fires are leading to shifts in post-fire regeneration from conifer- to deciduous-dominated parklands or grasslands. Deciduous stands have been considered less flammable due to their wetter foliage than the resinous needles of their coniferous counterparts, and therefore are often considered a fuel-break in short timescales and a landscape-scale negative feedback to burning on longer timescales. It remains unclear whether the increased presence of deciduous species after reburning will enable lower subsequent burning: deciduous stands have been shown to burn within climatically extreme fire seasons, and the fuel structure of emerging post-reburned stands is unknown.

Our work, funded by the Joint Fire Science Program, examines an aspect of this puzzle: one, how does the fuel landscape (or fuel-scape) of post-fire stands change with additional reburning? and two, do those fuel-scapes lead to any trends in subsequent fire behavior?

To answer those two questions, we’re working with a combination of novel field and modeling tools. We’ve measured fuel abundance, dispersion, density, composition and connectivity using both traditional transect lines and newer 3D sampling frames. Our data on the fuel-scapes in reburned stands will inform scenarios built for the physics-based combustion model HIGRAD/FIRETEC.

Results from this project have been shared at the annual meetings of the Association of Fire Ecology, the Great Plains and Rocky Mountain Geographers and the Alaska Fire Science Consortium.